How bad are your tastebuds?

Posted by Victor Keegan on March 28, 2016
Uncategorized / No Comments
Warning: preg_match(): Compilation failed: unrecognized character after (?< at offset 10 in /web1/user42029/website/wp-includes/class-wp-block-parser.php on line 418

I RECENTLY attended a fascinating lecture on the chemistry of tastebuds at University College London (Department of Chemistry). During the course of it the lecturer, Tony Milanowski from Plumpton College, handed around four cups of clear liquids and asked us to pass them around after writing down a) whether we smelled anything at all and b) if we did what sort of aroma it was.
The first two had no smell at all and were obviously water (who was he trying to fool?) while the other two had distinct perfumes which I noted down. At the end of the talk he revealed that he had intended to pass around a fifth cup but as it was only water he decided not to bother.
Oops! After decades of drinking wine I was unable to detect half of the smells of the liquids. It was scant consolation that most of the rest of the audience seemed to be in the same boat and the student next to me only managed one. It turned out that the last one should have tasted of asparagus to which some people have what is termed a “genetically determined specific hypersensitivity ” to it. And others don’t sense it at all.
The fact is that the vast majority of people who drink regularly do not have sophisticated taste buds and many of those who do actually fail in blind tastings.
There is no such thing as an “objective” taste in a glass of wine or any other liquid. What you are tasting is not what I am tasting. Taste depends on genetics (the multitude of receptors and sensors in your mouth and up your nose), but also on mood, temperature, place, the company you keep, expectations and even the label. That bottle of rosé that tasted so heavenly on a beach in the south of France but was quite mundane at home is not to be blamed. It wasn’t that it didn’t travel it was because the environment in which you drunk it did not travel.
If you are given a glass of Chateau LaTour in a posh restaurant it will taste different to the same wine served up anonymously in a plastic cup. All of this is highly relevant to the appreciation of English and Welsh wine. If you have it built into you that the wine is no good – as so many people in the UK still believe about their own wines – then it is difficult to detach the psychology of expectations from how you taste it.
You are not alone. In America Robert Hodgson, an academic and a winemaker has carried out a detailed analysis of blind tastings in California over a number of years by acknowledged experts. The results astonished him. Some 90% of judges didn’t have any real consistency often giving quite different marks to the same wines. About 10% of the judges were ‘quite good” – until, that is, he compared them with the following year when they couldn’t maintain their performances. When he tracked 4,000 wines across 13 competitions he found that virtually all of those that got a gold medal in one competition got no award at all elsewhere. His conclusion? The probability of getting a gold medal matches almost exactly what you’d expect from a completely random process. Ouch.
Of course, even if judges were completely consistent about a wine it doesn’t mean you will like it because your tastebuds and receptors may be completely different. Experts make a great play of detecting notes of gooseberry, raspberry, nettles and even pencil shavings in a wine though they would rapidly recoil from a wine made from those constituents. A 2011 Chateau Tooting, made from grapes of unknown parentage grown in back gardens and allotments in London, was recently given a mark of 88% in a blind tasting by wine expert Jamie Goode. In the end there is no alternative but to follow your own nose while being aware of all the flummery about wine.
All of which ought to be good for the future of UK wines as they start to break through the barrier of psychological resistance. It is already happening with sparkling wines (though how they would fare under a Hodgson analysis is an interesting point). But there is still a widespread belief that English and Welsh wines can’t be much good simply because they are English or Welsh. There is all to play for.
This is an edited version of an article in the current issue of UKvine magazine . 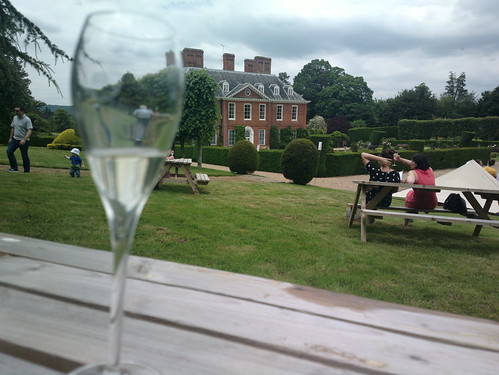 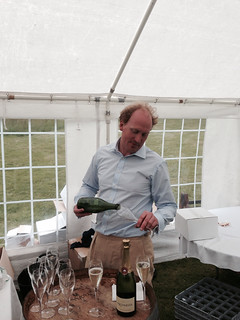