Britain leads the world in vineyards – under glass 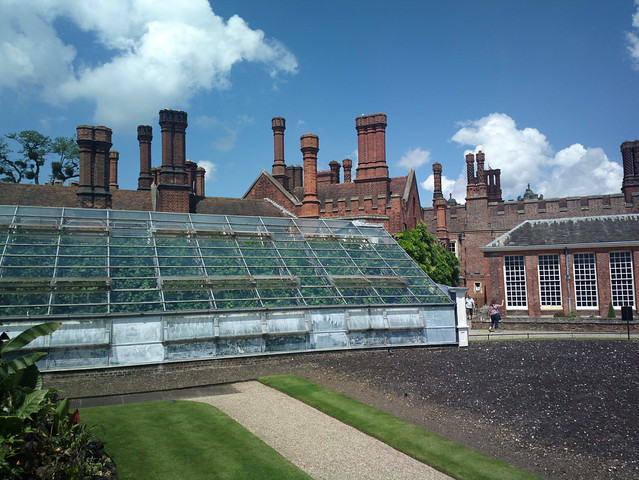 ENGLAND’s wine industry may be miniscule compared with France, Spain or California but we have something they can only dream about: the biggest grapevine in the world. Take a bow Hampton Court whose Black Hamburg vine I saw yesterday which has grown apace since my last visit, er 40 years ago. It now measures 12 feet around its base with tentacles extending to approaching 120 feet. Small wonder that Guinness World Records declared it the largest in the world as far back as 2005. It could be the oldest as well having been planted in 1769 by Capability Brown except that the city of Maribor in Slovenia claims its Vine of Maribor is 400 years old. For reasons of space the Hampton vine hasn’t been allowed to grow in a straight line. Its carefully manicured branches are spectacularly spreadeagled across the inside of a specially built glass house like multiple layers of Formula One circuits. When I last visited the Hampton grape it had a rival at the Jesuit College at Manresa House in Roehampton where what was claimed to be the longest grapevine in the world was lodged in one of the largest greenhouses in the country – but it has long been lost to redevelopment. There is also a small vineyard on the Gloucestershire/Herefordshire border, Strawberry Hill, which claims to be the only – and therefore the biggest – vineyard in the world growing grapes on a commercial scale under glass, a claim that has yet to be refuted. 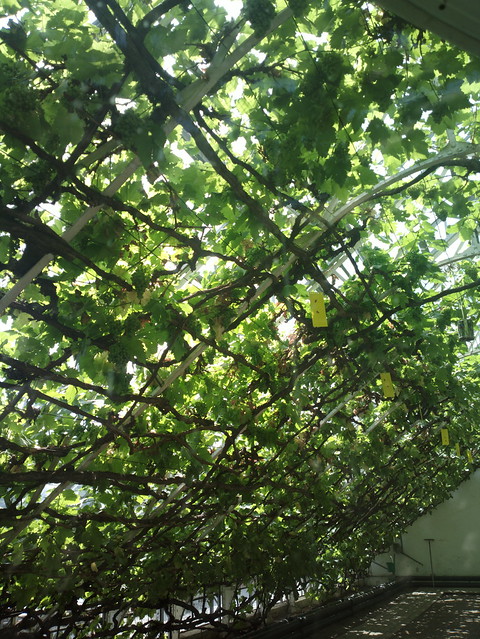 Hampton Court produces about 600lbs of grapes a year which ripen at the end of August and are sold in Palace gift shops in September. You would think they would ripen a lot earlier judging by the size of the ones I saw yesterday. The vine could easily produce more that twice current output but only at the expense of subsequent harvests. The grapes were originally grown as a luxury food for the royal table but are now made available to us proles. Although Black Hamburg is an eating grape there is no reason why it couldn’t be made into wine which could be served in the Palace’s Tiltyard Cafe where no English wines are available despite their increasing reputation.
The Great Vine  is a marvellous grapey experience, Bacchus’s Cathedral and well worth a visit though it is quite pricey to get into the Palace these days even if it is just to the gardens. The roots of the vine are outside the greenhouse under the dirt patch which can be seen on the right. There is no reason why the vine should not continue for another 100 years but if it doesn’t there are plenty of offspring around. In 1818, Edward Jenner planted cuttings from the Hampton Court vine  in his greenhouse at the Chantry, Berkeley where two are still fruiting today. A cutting taken in the 1860s now forms a canopy over the conservatory at Huntington Castle in Ireland. There is no keeping a good cutting down.