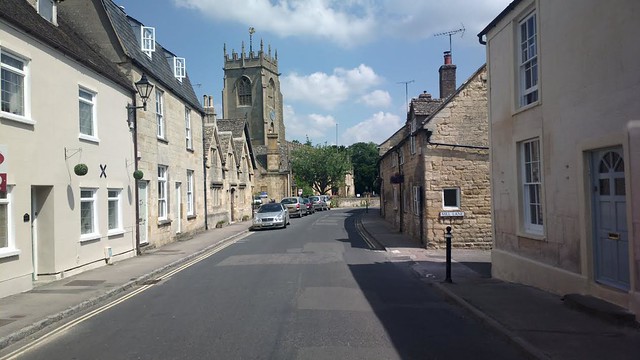 Merret’s house is the second one on the right

It is 400 years since the birth of Chistopher Merret (1614 – 1695), the Englishman who first set out the principles of how to make what is now called Champagne. Dom Perignon came along much later. This weekend, the place where he was born – Winchcombe in Gloucestershire – is holding a small Festival of Fizz to celebrate this little-known occasion. In Merret’s time Champagne was a still white wine. If a secondary fermentation happened it was regarded as a disaster because it would explode the bottles which were then made of weak glass. In a paper to the newly-formed Royal Society in December 1662 (uncovered by the champagne expert Tom Stevenson 20 years ago) Merret described how winemakers deliberately added sugar to create a secondary fermentation. There was no explosion because English bottles, unlike the French ones, were made in coal-fired factories able to produce stronger glass than the traditional woodburning techniques. There was a shift to coal because wood was being prioritised for the navy because the Government was worried that a shortage of wood might affect the building of ships.
These days even the French admit that the English invented the “méthode champenoise”. Indeed the first mention of the word “Champaign'” anywhere was in English literature of the time.
While being delighted that Winchcombe is staging a festival this weekend  I am surprised that  the booming English and Welsh sparkling wine industry, which is awash with international gold medals, didn’t use the opportunity for a big marketing effort. I only heard about the festival two days ago when I read an eye-catching tweet from Oliver Chance of Strawberry Hill Vineyard (@englishbubbly) who said that Strawberry Hill was the nearest sparkling wine producer to the birthplace of the inventor: a great pitch but be careful, Oliver if you bump into @elgarwine – they could have a counter claim! 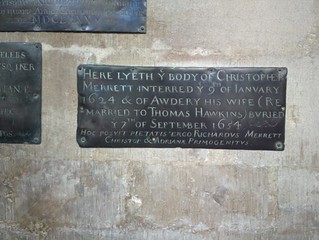 I am very grateful to Jean Bray, historian and journalist, – who is giving a talk on Merret at the White Hart Winchcombe at 6pm this Sunday (25th) – for guiding me to the house where he was born, a former pub called the Crown, on the corner of Mill Lane and Gloucester Street (see above). It is presumed, she said, that he was educated at the local grammar school – an Inigo Jones building now called Jacobean House – on the same side of the road opposite the church (just as it is presumed that Shakespeare went to his local grammar school though there is no actual evidence in either case). There are brass plates to his parents in the church on the right side wall as you enter (see, right).
Merret was a bit of a renaissance man excelling in other fields including compiling the first list of  birds and the source of fossils. The son of a mercer, he went to Oxford and worked in London while living in Hatton Garden (which had a large vineyard in those days) and was buried in St Andrew’s Church, Holborn where Dickens was baptised. I am sure the fizz festival will be a deserved success and I wonder whether it will spawn a bigger idea. Could it do for Winchcombe and English sparkling wine what Hay-on-Wye did for second hand books?
Meanwhile, we should all raise a glass of English fizz this weekend to toast Christopher Merret, the man who chronicled the invention of méthode champenoise before the French turned it into one of the most successful brands ever. Now is the time to bring it all back home. 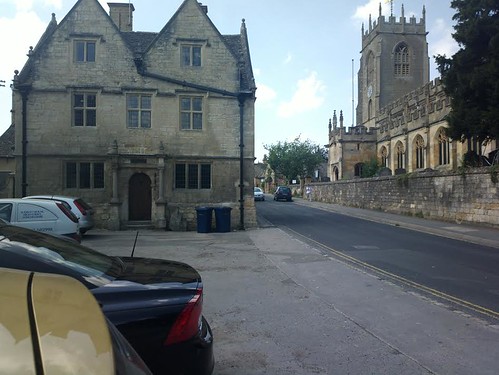 The local grammar school built by Inigo Jones (above, eft)